Learn to Fly a Helicopter Learn how to fly a helicopter from an FAA certified flight instructor near Portland!

Learn how to fly a helicopter from an FAA certified flight instructor near Portland!

Have you ever wondered what it would be like to sit in the pilot's seat and take the controls of a helicopter? Here is your chance to learn the basics with this fun and exhilarating helicopter flight lesson.

Your learn to fly experience starts with a ground lesson and preflight helicopter inspection where your FAA certified flight instructor will teach you about the controls, safety, and the basic theory of helicopter flight.

Once the preflight is complete, buckle up, prepare for takeoff, and enjoy the feeling of taking the controls of a helicopter in flight. You'll work on the fundamentals of helicopter control, including straight and level flight, climbs, descents and turns.

From the engine start up to soaring over the heart of Oregon wine country with the Oregon Cascade mountain range to the east and the Pacific Coastal range to the west, this is an experience you'll remember for a lifetime!

When Do I Choose A Date?
If giving as a gift, your recipient can choose a date at their convenience; otherwise, you can choose one after checkout.

Essential Information
Duration
Approximately 40 minutes of flight time. Plan on being onsite for about 2 hours to include enough time for ground school, orientation, etc.
Experience Provider Info
Complete information for your Experience Provider, including contact information, will be included on your booking confirmation email once you or your gift recipient have scheduled the experience. Our Product Management team handpicks top-rated experience providers, removing the guesswork for you and ensuring your peace of mind.
Maximum Participants
1 student per helicopter
Spectators
Spectators are welcome to come and watch or take pictures and view the takeoff.
Weather Dependent
This experience is weather dependent. Always contact the Experience provider with any questions regarding weather conditions. In the event of inclement weather, your pilot will work with you to reschedule your experience.
What To Wear
Wear comfortable clothing appropriate for weather conditions; flat rubber-soled shoes are recommended.

Are there any height or weight restrictions?
Yes, for the R-22 the participant must be no taller than 6'6" and weigh no more than 220 lbs. To fly the R-44 the participant must weigh no more than 300 lbs.
Do I need experience?
No experience is necessary. This flight is considered an introductory flight and is meant to be fun and exciting for everyone!
Is there an age requirement?
All participants must be at least 13 years of age.
What if my flight is cancelled due to weather?
We always recommend contacting your pilot on the day of your experience if you have any concerns regarding weather. In the event your flight is cancelled due to weather you can reschedule directly with your pilot.
Can I bring a passenger?
Only one student is allowed per helicopter. However, spectators are welcome to watch and take pictures of the takeoff and landing. 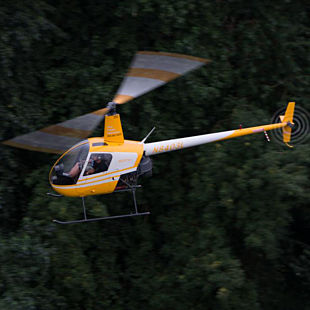 LEARN TO FLY A HELICOPTER 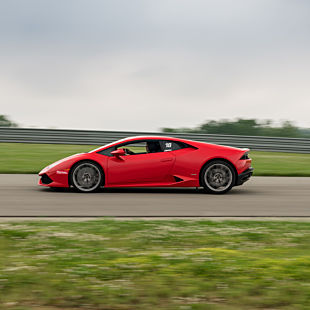 RACE A LAMBORGHINI WITH XTREME XPERIENCE 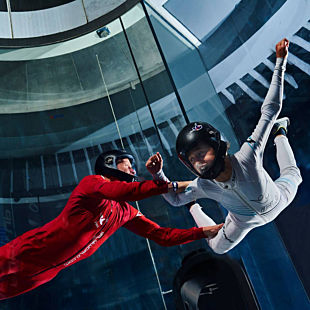 FROM: $50
See All Portland Experiences

Your Recipient Books
Their Experience